Mr. Fitzgerald, the Man of Many Hats 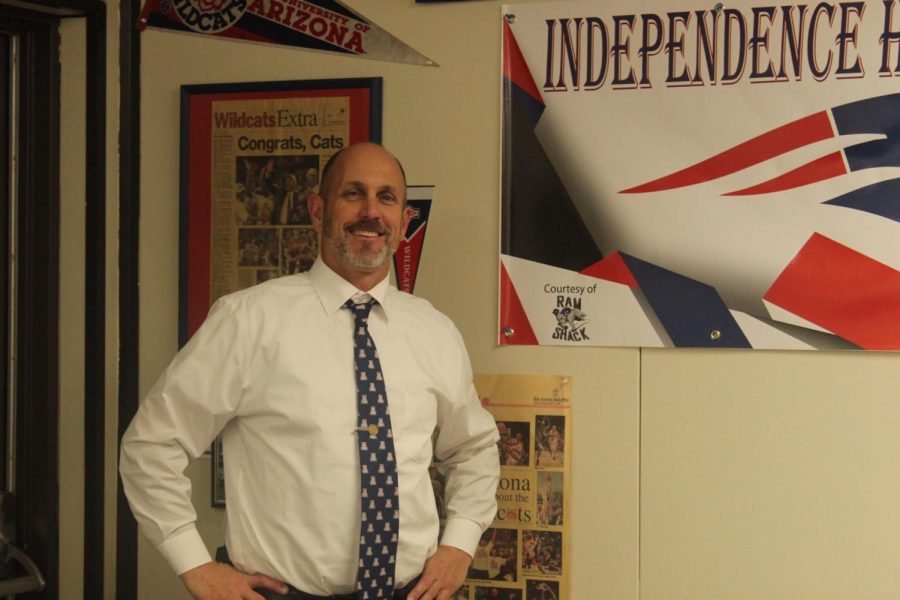 An assistant principal and an athletic director, what would these two jobs have in common? They’re both highly respected administrative positions that demand serious dedication and responsibility. At Independence High School, they also happen to be the same person. Brian Fitzgerald, assistant principal and athletic director, generously took time out of his day to meet with our journalism class. He answered questions ranging from what his job entails to advice for the students. He even shared his favorite sports team.

After over 20 years in the education field, Fitzgerald shows great dedication in his work and in wanting to help kids. As he states, “I prioritize hiring coaches that will help kids learn to compete.” From getting to school as early as 7:00 A.M. and leaving as late as 11 P.M., Fitzgerald works hard to ensure students are able to reach their full potential. He admits balancing two positions at once is a struggles when it comes to prioritizing, and he has difficulty escaping his workaholic mindset. Despite having many responsibilities to carry out, Fitzgerald exudes passion and enthusiasm when it comes to talking about his job. He enjoys spending his time with students around campus and has a love for sports that stems from his high school career. There’s no reason to doubt him when he says he sees himself retiring from Independence High School.

Even outside of school, Fitzgerald dedicates his free time to sports. Fitzgerald describes himself as a self-claimed “sports nerd.” Not only that, he loves to be outdoors whether it’s the beach, mountains, or woods. More than anything else however, he cherishes his dogs, a Queensland Heeler and German Shepard.

By the end of the interview, we had not only received answers to our questions, but also we had the opportunity to know more about who our assistant principal and athletic director is. Overall, while Fitzgerald displays great devotion and sincerity when it comes to the school’s future, he is also an easy-going, relatable person that is easy to approach, especially when the topic of the conversation is sports.