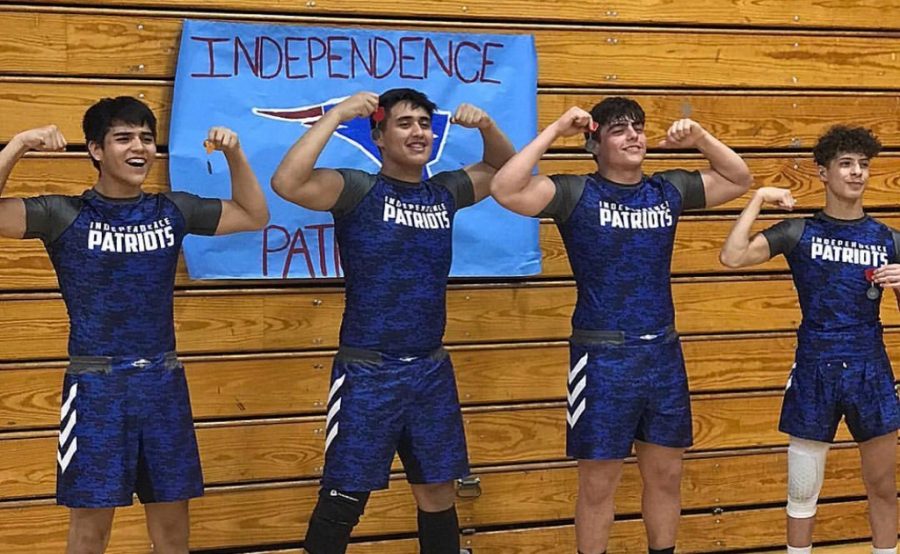 The Independence Wrestling team had a great and successful season. They had four of there wrestlers qualify for state, three being region runner ups and one coming in fourth. The wrestling team hasn’t had success in the past few years. The coaches preached everyday to the wrestlers that wrestling isn’t an easy sport, but that success is available to anyone that will work for it.

The team participated in the Annual Peoria Invitational. The tournament was seeded fifth in the nation. Two patriots placed in this prestigious tournament. Alex Cortez came in first in the 220 pound weight class and Jasiel Tapia came in sixth for the 285 pound weight class. Jasiel and Alex both agreed that, it takes a lot of sacrifice to really become a champ.

During the season the wrestling team also participated in the Titan tournament. Three of the boys had placed. Tapia came in second for the 285 pound weight class. Cortez took first for the 220 weight class. Juan Rodriguez came in sixth for weight class 175. Cortez stated that, “I can’t celebrate until my season is over, and I know I’m satisfied”. That mentality is what has lead him to success.

Senior Alex Cortez has been wrestling since his freshman year. Cortez has qualified for state three years in a row. He’s been region runner up for two years and earned state runner up for 2018. Cortez shows strong leadership in and outside of practice. The Independence wrestling team is proud to call him a true patriot.

Senior Javon Garcia has been wrestling since his freshman year as well. He transferred to Independence from Loyola. He placed sixth at state last year and took home fifth for Independence High School this year.

The independence wrestling team is more than just a sport. The bond and skills that wrestlers build are unique to wrestling. Mental strength is needed to handle the obstacles at hand.