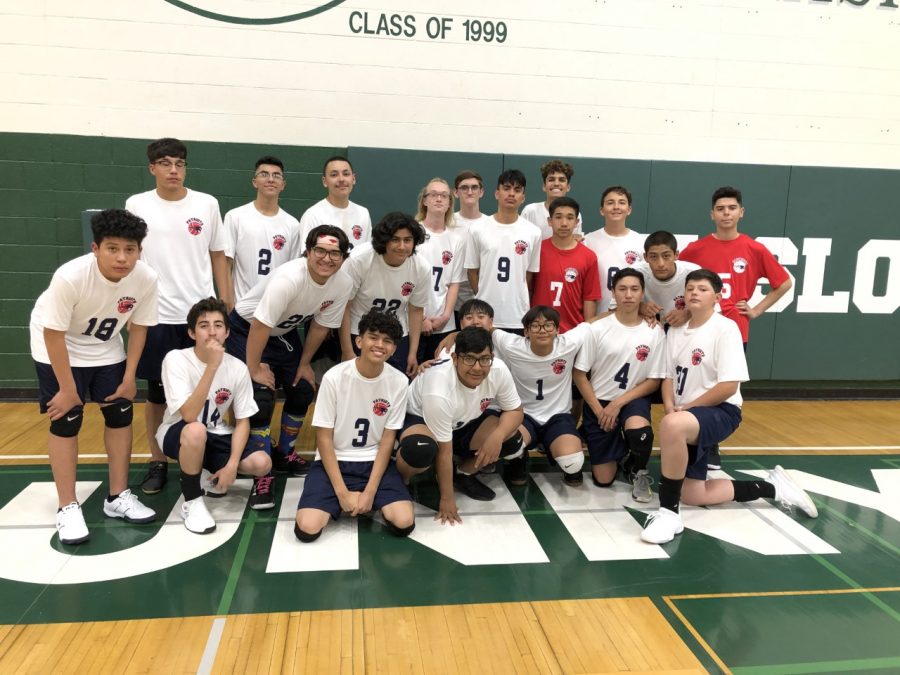 Boys volleyball has begun Patriots. It is a new addition to the sports choices at Independence High School.  The volleyball team is something that can help all boys explore their interest and develop new skills. Ms. Monaghan, who was the coach for girls volleyball, will also be coaching boys.

While boys volleyball is up and coming, girls volleyball continues to be the more popular of the two. ww.sportsimports.com explained that, “Nationally, boys volleyball remains far less popular than the girls’ on the high school level.” One reason the girls sport is more well known is because it started before the boys and pertains to mostly females. In regards to participation, volleymob.com states, “Boys’ volleyball, meanwhile, ranks as the 14th most-popular sports by number of schools sponsoring and 13th by participation.”

Junior Isaiah Sanchez, hopes to make the boys volleyball team this year. He usually plays volleyball on his own time with friends. He said, “I’ve always loved volleyball and it’s just always been something I’ve wanted to do, when I play it’s just me and my teammates and it’s just a fun time.” When asked about what’s something he hopes to get out of the sport, he explained, “I would like to make new friends and personal connections with new people. I want  to get myself out of my shell and to talk to more people. Maybe I could even get a scholarship.”

Monaghan explained there will not be much of a difference in practice for boys or girls. Monaghan also said, “I just want the boys to learn lots and improve. I want them to love Volleyball and get ready to be a strong varsity team.” In regards to how rules or regulations go, the sport for the two genders is still very similar. Monaghan said, “Yes, Volleyball is whether men or women have the same rules and rotation. It will be run very similar to girls.”