Achievement Above All: Independence Superstars! 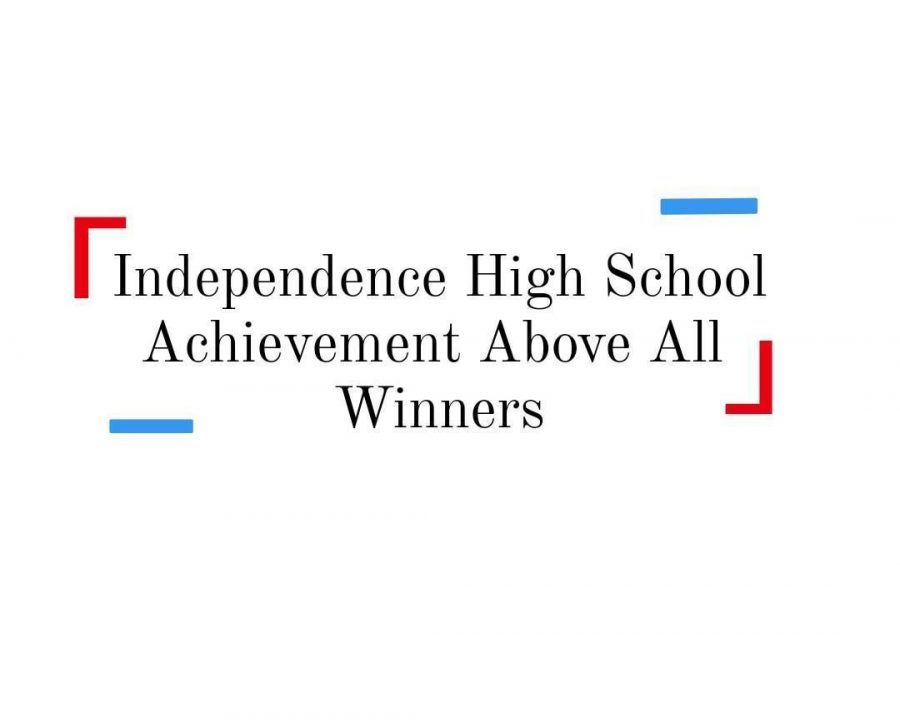 Every year the Achievement Above All (AAA) is given to staff, students, and faculty. Even with the chaos of the pandemic, this year was not any different. The school collects nominations and the teachers vote, the results then are presented with an award by the District Office.

The awards are given once a year and usually held at the GUHSD office but due to the Coronavirus, it was held virtually.

The girls do volunteer work and community service, but they have never received this award before. Monaghan believes they are good role models and says, ¨I would like them to know that I will miss them dearly and that I am very proud of their accomplishments and hard work¨.

Our student winner was Elysia Jane Carreon. She received the award for being an active member in the Independence community. Carreon states, ¨I was selected for the award this year because I’ve done so much during my time at Independence, from acting in the haunted house and school plays to volunteering with the Special Olympics and Unitown¨.

Carreon thanks her dad for his encouragement and confidence in her throughout her high school years. ¨Make the most of your time in high school. You get four years, and then it´s over and you’re an adult¨ said Carreon, giving a piece of advice for other IHS students.

The AAA award also gives well-deserved recognition to teachers and faculty members. One of those winners was Mrs. Pepper Marshall. Marshall is a very big part of IHS as advisor for Yearbook and Student Council (StuCo) while also teaching AP Literature and regular English for seniors.

Marshall stated in her speech given during the ceremony, ¨To be voted as Independence´s 2021 Achievement Above All by my peers is both humbling and a privilege.¨

Stacie Beck, teacher assistant, won the Achievement Above All award for support staff. Beck is working alongside Monaghan in her classroom.

This was Beck’s first time winning the award. When asked about receiving the award during and pandemic, she states, ¨In a way, I’m grateful that it happened during the pandemic because it allowed my family and friends to watch online.¨

Beck works with students on their schedules to help them succeed. ¨I love seeing students succeed! Ultimately, a student’s success depends on their effort, but having someone nudge them in the right direction and push them to believe in themselves can mean a lot.¨ Beck claims that is her favorite part of her job.

Congratulations to all of Independence´s Achievement Above All winners!